Help keep our National Team athletes at the top of their game. Make a donation today! 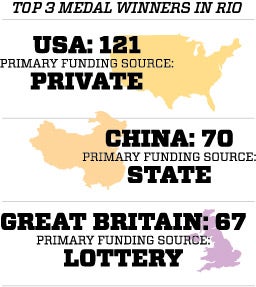 The United States is one of a few countries with a government that does not provide funding for its Olympic level athletes.

From 2013 to 2016, the USA Swimming Foundation provided more than $2,000,000 to the U.S. National Team for direct athlete support, coaching incentives, and National Junior Team travel. In order to compete on an international level, most elite swimmers are required to train full-time, limiting their opportunities for traditional employment. While several top swimmers have reached celebrity status, allowing them to command salaries for product endorsements and personal appearances, the majority of U.S. National Team athletes rely on funding from outside sources to train and compete. The median income for most Olympic hopefuls is less than $20,000 annually.  Expenses for National Team athletes vary, but most incur $25,000-$40,000 in out-of-pocket expenses annually for coaching, equipment, and travel needs. 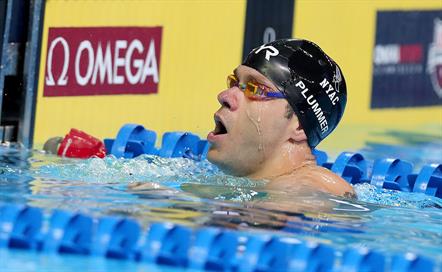 USA Swimming Foundation funding helps athletes like David Plummer, who was not your average rookie on the 2016 Rio Olympic Team, achieve their dreams.

In 2012, David missed making the London Olympics by twelve one-hundredths of a second. He had since then married, had two boys, and became a head coach at a local high school. David won silver and gold medals for Team USA at World Championship competitions dating back to 2011. The support of his family, friends, and the USA Swimming Foundation assisted David in balancing his family, work, and training to become an Olympic gold medalist in the 2016 Rio Olympic Games.

With support from USA Swimming Foundation donors, the 2016 USA Olympic Swimming Team’s performance is considered among the best in history. Our swimmers won 33 of the 121 medals (27%) that Team USA won at the 2016 Rio Olympic Games, which ties for the most medals won in the modern era. Of those 33 medals, 16 were gold. There were 51 top 8 finishes out of a maximum 58, and 19 athletes achieved at least one lifetime best (42% of swimmers with flat start swims). Of the 47 Olympic swimmers, 38 were former Junior Team athletes with 18 (38%) being on the Junior Team within the last 3 years. Funding from the USA Swimming Foundation helped these swimmers on their journeys to Olympic success. 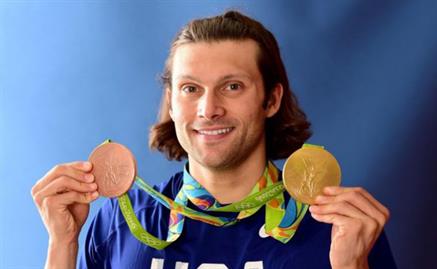 Cody Miller, 2016 Olympic Gold Medalist, credited the USA Swimming Foundation’s Building Champions program with supporting him after college so he didn’t have to work, allowing him to devote himself to representing America in Rio. “It gave me everything. No doubt, I wouldn’t be an Olympian without it. Going to meets is expensive, and there’s no money in swimming,” he said.

When you donate to the USA Swimming Foundation, you help the elite swimmers of today and tomorrow, prepare and perform at their best.