Elizabeth Beisel, Ambassador and Board Member 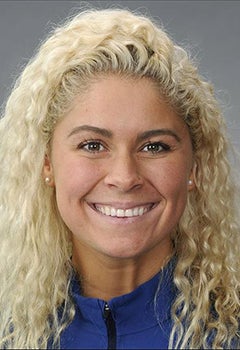 “It’s been such an honor for me to be involved with the Foundation as an Ambassador and as a Board Member. The USA Swimming Foundation is supporting swimmers at every level of the sport and it’s exciting to see the difference we make in cities and towns across the nation.”

Elizabeth Beisel is a backstroke and individual medley specialist with nine major international medals to her credit. She made her first National Team by age 13, and at 15 she was the youngest member of the 2008 U.S. Olympic swim team.


At the 2012 Olympic Games in London, Beisel won silver in the 400 individual medley and bronze in the 200 backstroke.


While at the University of Florida, the Rhode Island native was a first team Academic All-American, claimed nine Southeastern Conference titles and was named 2012 SEC Female Swimmer of the Year.