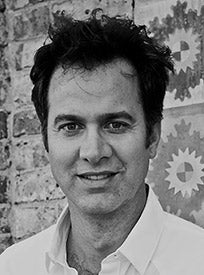 “Swimming is one thing I can point to that creates ‘good’ in the community. It’s a blue-chip stock. You can count on it. The work can be challenging at times, but at the end of the day, there’s a strong sense it’s worthwhile. The USA Swimming Foundation is making a difference in communities across the nation.”


Mel Stewart is a three-time Olympic medalist and former World, American and NCAA-record holder. At the 1991 World Championships, he became the first athlete ever to break the 1:56 barrier in the 200-meter butterfly, setting the stage for gold-medal performances in that event and the 4x100-meter medley relay at the 1992 Olympic Games.


Prior to that, the University of Tennessee star set an American, U.S. Open and NCAA record in the 200-yard butterfly that stood for 16 years.


Away from the pool, “Gold Medal Mel” has carved a successful path in both the creative and entrepreneurial fields. He’s the co-founder and publisher of SwimSwam. His work as a writer, producer, columnist and analyst has been featured across NBC, ESPN, FOX Sports, TBS, Yahoo, Universal and more.


Stewart lives in Austin, Texas with his wife, Tiffany, and their daughter, Bayley.