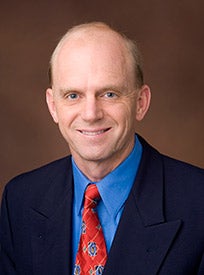 “Swim lessons save lives. Those four simple words are something that the USA Swimming Foundation has taken to heart and is spreading this message throughout our great nation. I am proud to play a small part as an ambassador for the Foundation in helping to eradicate drowning. It is something that is so avoidable and everyone in our swimming community needs to be an advocate to help educate those who may not know that swimming is a lifelong activity that should be enjoyed but also respected.”


Few athletes in history are as beloved in the swimming community as Ambrose “Rowdy” Gaines. A member of the U.S. Olympic Hall of Fame and the International Swimming Hall of Fame, Gaines set 10 world records between 1978 and the 1984 Olympic Games. The three-time Olympic gold medalist also tallied 16 total medals (12 gold) representing the United States at the World Championships and Pan American Games.


After a miraculous recovery from temporary paralysis during a two-month hospital stay, he became the oldest swimmer at the time at age 35 to qualify for Olympic Trials. Over the course of his life, he’s swum more than 25,000 miles — roughly the equivalent of swimming the entire globe along the Equator.


Since retiring from competition, Gaines has been the voice of American swimming coverage, serving as an analyst for NBC. He and his wife, Judy, live in Lake Mary, Florida. They have four daughters: Emily, Madison, Savanna and Isabelle.

Gaines’ work with the USA Swimming Foundation dates to 2003, when he served as the organization’s first-ever Chief Fundraising and Alumni Officer.