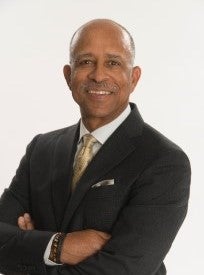 Dr. Cecil Gordon has carved out a long and distinguished career as a practicing OB-GYN, Assistant Professor, and volunteer leader. He has served USA Swimming and the USA Swimming Foundation in a variety of roles, from competition official to his current position as Chairman of the Foundation Board of Directors. "Swimming is the only sport which is also a life-saving skill," he told Black Enterprise Magazine in 2017. "It's a life skill which a person can continue to enjoy for the duration of his or her life."


But Gordon’s community involvement doesn’t stop there. For nearly 30 years he’s worked with with dozens of community organizations, including March of Dimes, the Delaware Board of Medical Practice, Big Brothers / Big Sisters, Governor’s Minority Health Council, the NAACP, and the Delaware American Cancer Society. He is also Medical Director of Volunteers for Adolescent Pregnancy Prevention, which he founded in 1987.

Gordon is a graduate of the University Of North Carolina School of Medicine, where he was a Board of Governors Scholar. He was as a starter (swimming official) at the 2016 Olympic Games in Rio, a role he likewise occupied for the Fédération Internationale de Natation (FINA). His writing has been published in magazines and medical journals, and he is the recipient of no fewer than 14 awards for his leadership and service to the community.

Gordon lives in Wilmington, Delaware, where both his now-grown children once swam competitively.