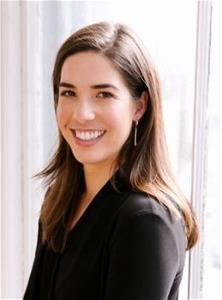 Maya DiRado-Andrews joined The USA Swimming Foundation Board of Directors in 2018 following a highly-decorated career in the pool. She won four gold medals at the 2016 Olympic Games: gold in the 200-meter backstroke and 4x200-meter freestyle relay, silver in the 400-meter individual medley, and bronze in the 200-meter individual medley. She also claimed two medals at the 2014 Pan Pacific Championships, and one each at the 2013 and 2015 World Championships.


DiRado swam collegiately at Stanford University, where she was the 2014 NCAA champion in both individual medley events. She also graduated with a degree in management science and engineering, and following the 2016 Games DiRado retired from swimming and accepted a job with the esteemed consulting firm McKinsey & Co. “It feels good to be exercising a different kind of muscle right now,” she said.