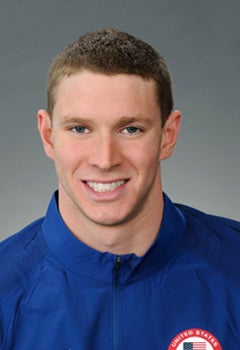 “Working with the foundation is the most fulfilling job I have.  Most of my greatest memories and friendships are a result of swimming.  I love being able to spread to gift of swimming and see kids who enjoy the water the same way that I do."

Ryan Murphy continues to assert himself as one of the most dominant backstrokers of all time. He had a breakout Olympic debut in Rio in 2016, winning three gold medals in the 100-meter backstroke, 200-meter backstroke and 4x100-meter medley relay, where he set a world record during his lead-off leg.


Murphy didn’t show signs of slowing in 2018 where he swept the backstroke events at the Pan Pacific Swimming Championships, brought home six medals from the World Championships and was named Male Athlete of the Year at the Golden Goggle Awards.


During his collegiate career at University of California, Berkeley, Murphy swept the backstroke events at the NCAA National Championships from 2014-2017 and was named PAC 12 Scholar Athlete of the Year in 2017. He graduated with a degree in Business Administration in 2017.